Mothers of the Bible — Sarai/Sarah 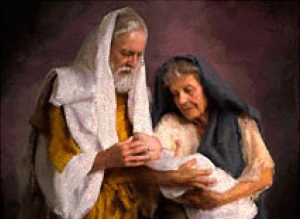 “Where is your wife Sarah?” they asked him. “There, in the tent, ” he said. Then one of them said, “I will surely return to you about this time next year, and Sarah your wife will have a son.” Now Sarah was listening at the entrance to the tent, which was behind him. Abraham and Sarah were already very old, and Sarah was past the age of childbearing. So Sarah laughed to herself as she thought, “After I am worn out and my lord is old, will I now have this pleasure?” Then the Lord said to Abraham, “Why did Sarah laugh and say, ‘Will I really have a child, now that I am old?’ Is anything too hard for the Lord? I will return to you at the appointed time next year, and Sarah will have a son.” Sarah was afraid, so she lied and said, “I did not laugh.” But he said, “Yes, you did laugh.”…Now the Lord was gracious to Sarah as he had said, and the Lord did for Sarah what he had promised. Sarah became pregnant and bore a son to Abraham in his old age, at the very time God had promised him. Abraham gave the name Isaac to the son Sarah bore him. When his son Isaac was eight days old, Abraham circumcised him, as God commanded him. Abraham was a hundred years old when his son Isaac was born to him. Sarah said, “God has brought me laughter, and everyone who hears about this will laugh with me.” And she added, “Who would have said to Abraham that Sarah would nurse children? Yet I have borne him a son in his old age.” The child grew and was weaned, and on the day Isaac was weaned Abraham held a great feast. But Sarah saw that the son whom Hagar the Egyptian had borne to Abraham was mocking, and she said to Abraham, “Get rid of that slave woman and her son, for that woman’s son will never share in the inheritance with my son Isaac.”…Sarah lived to be a hundred and twenty-seven years old. She died at Kiriath Arba (that is, Hebron) in the land of Canaan, and Abraham went to mourn for Sarah and to weep over her. Then Abraham rose from beside his dead wife and spoke to the Hittites. He said, “I am a foreigner and stranger among you. Sell me some property for a burial site here so I can bury my dead. ” The Hittites replied to Abraham, “Sir, listen to us. You are a mighty prince among us. Bury your dead in the choicest of our tombs. None of us will refuse you his tomb for burying your dead.”
Genesis 18:9-15, 21:1-10, 23:1-6

Dear God, I’m obviously skipping two major aspects of Sarah’s story this morning, and it’s mainly because I’ve already discussed them when talking about Abraham and Hagar. The first is her suggestion to Abraham that he have a child with Hagar. The other is the fact that Abraham sold her out at least twice (to Pharaoh and Abimelech). Both were terrible decisions on everyone’s part. The really odd part about Abimelech is that it happened when she was older and past childbearing years. She must have been very beautiful.

No, today, I want to focus on her and Isaac. She became pregnant in an improbable way. I’m sure she felt like you would never fulfill your promise to Abraham through her (see Hagar). Like she wasn’t part of the equation and was useless. Then when she hears the prophecy she laughs. Of course she laughs again after Isaac is born. Isaac’s life and just his being brought laughter to her. It’s a reminder to me that there are some things that money cannot buy, but this story is also a reminder to me to not try to be in such control of things. I don’t know what the relationship between Ishmael and Isaac was like, but it seems that the older Ishmael taunting Isaac at the celebration for his weaning was too much for her to bear. Any mother of two children will tell you that the older will tease the younger often. For Abraham, this was just his older son teasing his younger son. But for Sarah, it was totally different. It was the child of that woman teasing her precious child. This was her chance to get rid of both of them, and Sarah took it. I wonder how this served Isaac. How would he have been different if Ishmael had been around while he grew up? We saw that they joined together to bury their father later, so they certainly at least knew of each other. It’s a hard story.

Finally, we get Sarah’s death and burial. I am sure her life did not go as planned. On the one hand, she was rich. She was given to not only Abraham in marriage, but she was beautiful enough to be given in marriage to Pharaoh and Abimelech too. I’m sure that, to a large extent, she felt used–like Abraham’s property. Just one more possession to serve him. We aren’t told about her relationship with you. Did she worship you alongside Abraham? Did you find her special as well? She obviously hoped to be a mother, but gave up on that dream. And then you brought her laughter. I suppose that means she hadn’t had much laughter before that.

Father, I’m not sure what there is to learn from Sarah when it comes to motherhood, but this little focus on her has been a good opportunity to think more about who she was and what we know about what she did and what was done to her. For me, just help me to let go of my expectations and my attempts to plan things. You have been particularly good to me lately and blessed the fruits of my labor. Help me to continue to simply labor as unto you. Help me to serve you through my marriage, my parenting, and my work. Help me to bring a piece of you into the world.

Posted by John D. Willome on January 3, 2020 in Genesis, Mothers of the Bible